When Sam got invited to her sister’s going away party in 2011, she did not know that she would meet the love of their life that night. Tracey was in college and lived with a flatmate Joe, so when Sam saw Joe at the party she immediately wondered why Tracey hadn’t introduced them years ago. She chatted with Joe all night long and as they say, the rest is history!

The day Joe planned to propose Sam was expecting her friends to come to the house, so unbeknownst to Sam Joe contacted them and changed the meeting location. As they were chatting in the kitchen Joe told Sam that he brought something for her, and gave her a Cath Kidson box. Sam noticed a funny look on Joe’s face and immediately realised something was going on. When she opened the box and found a smaller box inside, Joe got down on one knee and asked if Sam would marry him. Sam was overjoyed and jumped around so much she forgot that Joe was waiting for her response! And when Joe wondered “Well….” Sam finally said “Yes!” – and we’re so happy she did!

Sam’s wedding morning kicked off on June 19 at her family home in Kilbeg, Kells, Co Meath while Joe was getting ready at the Nuremore Hotel. The couple’s wedding day was very important to Sam’s little boy Danny who believed he and Sam were “both marrying Joe”. Not only did Danny patiently pose for photos, he also helped button up his mom’s wedding dress. Once the preparations were over, a baby blue Ford Anglia with a personalised plate took Sam to the Kilbeg church. The aisle was decorated with framed pictures of bride and groom, and the ceremony booklet had Danny’s hand drawn picture printed on the cover. The amount of effort Sam and the bridal party put into styling the venue was incredible – we have never seen so many wedding ideas put to life! Sam used Pinterest for inspiration and eBay to source the elements of the decor. Bridesmaid’s dresses, vintage teacups, paper flowers, lanterns and vases, old film and disposable cameras, wooden hearts, funny signage, a picture stand with dozens of printed photographs, thank-you tags “for sharing our first meal as Mr and Mrs Buckley”, notebooks for messages to read on X wedding anniversary on each table – the list goes on! Sam’s sisters Nicola and Tracey made the wedding cake and cake toppers while Tracey’s boyfriend Josh was taking video on the day.

Thank you Mr and Mrs Buckley for choosing us to be part of your fab day! 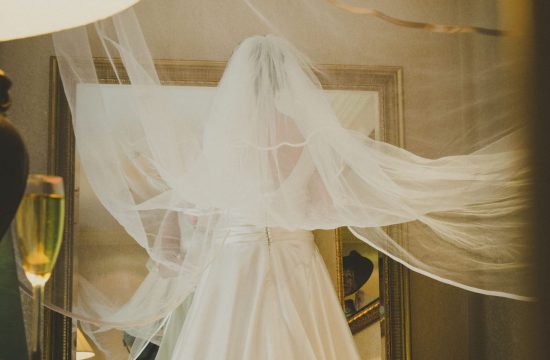 Getting ready on your big day | Wedding Tips 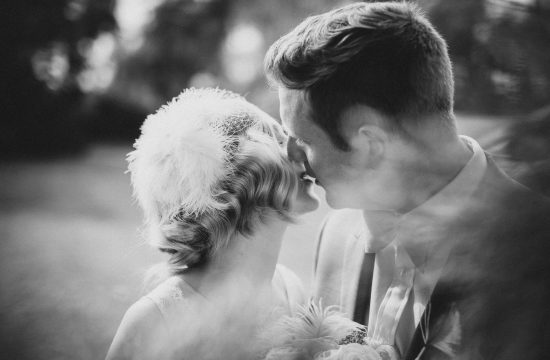 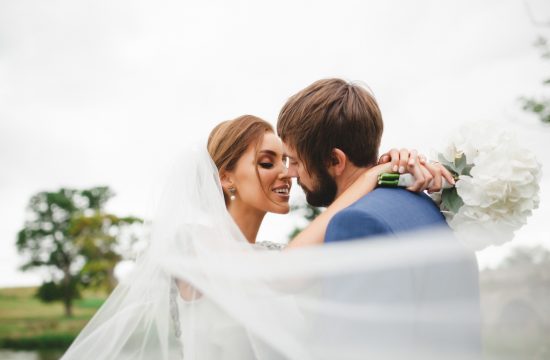